5G, simply put, is the latest iteration of mobile broadband internet that is designed to replace (and in certain locations have replaced) 4G LTE connection. As the number five in the name suggests, 5G is the 5th generation of wireless technology for digital cellular networks.

5G development began as far back as in 2008 and was recently deployed (partially) in 2019. However, “fixed” 5G connection was rolled out to select cities a few years back.

Being more than a decade in the making, 5G technology is a very significant upgrade over the 4G LTE connection with exponentially faster upload and download speeds and a significant decrease in network latency.

What is 5G Technology?

5G is very different compared to LTE architecture-wise since it operates on three different spectrum bands that are much more complex than its predecessors. On the surface, this might not seem like a big deal, however, it will have profound impacts on boosting 5G network’s stability and reliability. These spectrum bands are:

4G used the term “LTE”, which stands for Long Term Evolution, the industry has settled on NR (New Radio) for 5G—so, 5G NR—. The term New Radio is mainly used since 5G is designed as a new way of encoding radio data through the air, which is faster and much more efficient than 4G LTE.

5G NR can use wider channels, lower latency in communicating with remote servers, and especially send and receive more data in a single radio cycle. 5G NR can also communicate with more devices per square mile than 4G.

It’s very important to understand that 5GHz Wi-Fi—which is often mistakenly marketed as “5G Wi-Fi” — is not 5G technology. Here we will learn about the key difference(s) between the two.

5G cellular network, which we have discussed above, is in its most basic form, a cell phone network and the “G” here stands for generation, referring to how 5G is the fifth iteration (fifth generation) of broadband mobile data network. On the other hand, the “G(Hz)” on 5GHz Wi-Fi stands for five gigahertz, the frequency band of which the Wi-Fi network operates.

5GHz Wi-Fi is, simply put, a short-range wireless network system (for your home or office use) that operates in the five gigahertz frequency. It’s actually not a very new technology and has been around since 1999. However, home routers only started to support 5GHz frequency around 2009, which allowed for its rise in popularity. It’s important to note that most Wi-Fi routers today do support 5GHz Wi-Fi.

Many Wi-Fi routers and devices nowadays support dual-radio frequencies: 5GHz and 2.4GHz. 5GHz Wi-Fi is much faster but has a shorter range than 2.4 GHz Wi-Fi. If you’re looking for a top performing router for your home office, you’ll want to make sure it performs in terms of coverage and throughput. Check out this article for a review on some top performing routers.

What Is 5G Speed, Frequency, and Bandwidth

Unless you’ve been living under a rock and haven’t used broadband internet, then you should know that the download/upload speed of your internet is more complex than one might think.

4G LTE, for example, theoretically has a maximum speed of 100 Mbps (megabits per second), but in most cases, the practical speed is only 12-30 Mbps for download speed and 7-10 Mbps for upload speed, on average.

With that being said, 5G is promised to be able to produce a maximum speed of 10 gigabits per second, or 10,000 Mbps. Let these numbers sink in for a moment: 4G LTE is already fast enough for most of us, but the 5G connection a hundred times faster than 4G LTE— at least, theoretically—.

To put that in context, the Consumer Technology Association pointed out that we can download a two-hour film in just slightly over 3 and a half seconds with 5G NR. With 4G, we’ll achieve that in 6 minutes (360 seconds) with 4G LTE.

Also, 5G NR will significantly lower latency, vastly improving the responsiveness of websites, mobile apps, and any platforms on the internet. To be exact, theoretically, 5G promises a maximum latency of 4ms, five times lower than 4G LTE (20ms).

What Will 5G Security, Coverage, and Reliability Look Like?

As the new standard for mobile cellular network become mainstream, 5G’s network security is based on the following components:

With the significantly increased speed of 5G networks, there are strong concerns about the following: 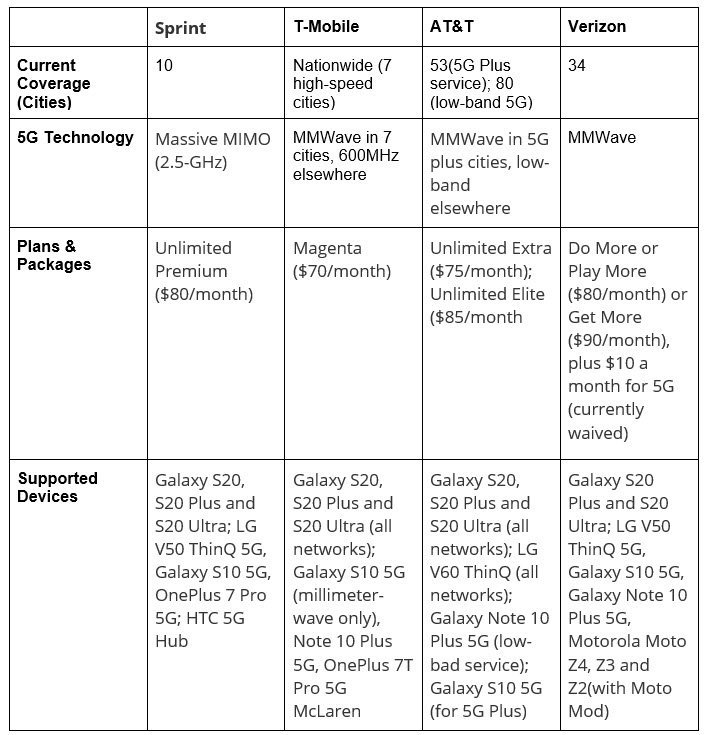 for the latest pricing and features available on 5G capable cell phones.

Due to its very high-speed capabilities, 5G will require more infrastructure and processing power to maintain its stability and reliability. Without enough reliability, the 5G network will simply be a really fast super car that we can’t steer.

With that being said, various carriers in the U.S. and all around the world are focusing on the following development in technologies:

Reliability for 5G networks is actually specified as URLLC (Ultra-Reliable Low Latency Communication) that requires no more than 10^-5 (0.001%) of 20-byte packets can fail within a 1ms of delivery.

Too technical? In short, a 5G network is considered not reliable if:

How Will 5G Impact Factory Automation 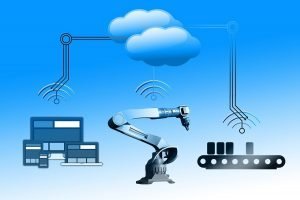 Since automation is very reliant on I/O transfer, data processing and computational speed, the potential for 5G networks to have a significant impact is massive.

In general, there are three major benefits of 5G in factory automation:

5G connectivity allows us to better achieve how we can connect automation robots to the cloud using more communication technologies. Here are some notable benefits produced by this fact:

How Will 5G Impact Industrial Internet of Things (IIoT)

Industrial IoT is focused on optimizing operational efficiencies and productivity gains in factories by improving communications and insights delivery between machines, people, and various other assets.

With 5G capabilities, there are at least three main areas that are vastly improved in the world of Industrial IoT:

Any IoT devices, and in this case IIoT devices in factories are ultimately tied to how fast and reliable they can communicate with other IoT devices, computers (including smartphones/tablets) and software. 5G will obviously improve these data-transfer speeds.

5G networks are designed to operate more reliably to create more stable connections, which is very important for any IoT applications. Various industry IoT devices depend on real-time updates and cloud processing, of which network stability is a must.

5G is able to handle more connected devices (in conjunction with Wi-Fi 6), and so we can have a network of more IIoT devices in one single factory.

After a decade of hype about gigabit internet speeds that will let us download tens of gigabytes of data (a full-feature movie or even a game) in just mere seconds, 5G finally became a reality in 2019.

However, it’s important to note that by the time this article is published (March 2020), the deployment of 5G networks in the U.S. is far from complete and hasn’t really made a significant impact on the masses. We can, however, expect to see a nationwide 5G coverage from most carriers by the end of 2020.

If you enjoyed this article, consider checking out some of our other great articles here on the site:

Create Your Own Programming Language

Where Are You Headed?