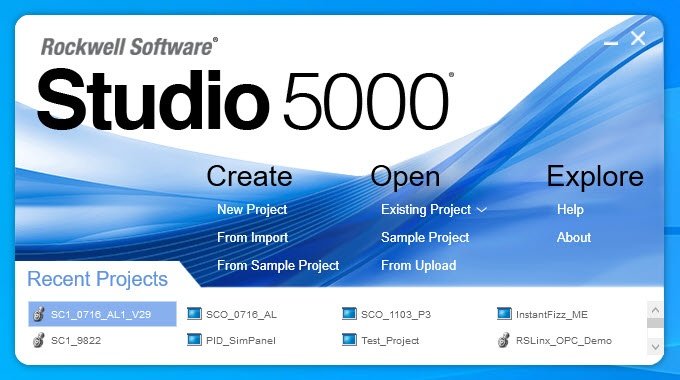 I am writing this article, and sharing it with PLCGurus.NET members and readers so that I can share my experience with a seemingly undocumented or variation on a supposedly corrected bug by Rockwell Automation in its Studio 5000 programming software (v29).

The bug renders built-in base instructions (i.e., XIC, XIO, OTE) appearing as UNKNOWN (UNK) in the logic editor. I should mention, before I get into all of the details, that there is an existing Rockwell Technote: 866333 if you are fortunate enough to have a support agreement that addresses a close variation on the issue I discovered, however, the technote indicates that the issue existing in version 24 and has since been corrected in version 29…guess what Rockwell…your anomaly still exists!

If you’ve encountered this issue or a similar issue, keep reading to see exactly how this anomaly presented itself and what I had to do to get out of it.

I was called in by my employer last weekend to make changes to an assembly dial for automotive parts. At one of the first stations of the assembly dial, there is a bearing press that inserts a bearing and pushes it into the part using a servo motor with a probe on the end of it.

Because of a problem with the part diameter the probe jammed into a part and when the servo retracted it lifted the part off the table. When the part came free from the probe the impact broke a fixture critical to the press operation. Of course, we had no spare, but manufacturing engineering did find a way to push the bearings in before loading the dial, they just required some programming changes to bypass that station on the dial but complete the rest of the operations.

I didn’t know when the new fixture was going to arrive, so I decided to program a toggle button on the operators HMI to give the operator the ability to select the use the bearing station on the dial. This of course has nothing to do with the issue I encountered, just explains what I was up to when it happened, now I’ll try and explain the pertinent details leading up to this strange UNK Instruction event.

Details leading up to the UNK anomaly…

I started by going online using a recent copy of the program I had, correlation was required. I backed up the program before and after I went online with the processor. I uploaded a copy of the Proface program and added a toggle button to the display where I thought it was appropriate. At this point, I have to mention that the maintenance crew welded the fixture back together.

They were not sure how long it was going to last so I continued to work on the bypass, so I didn’t get called back when it broke again at 3AM the next morning. This is only relevant because the rest of the programming had to be done with online edits while the dial was in operation. I created the new tags in the PLC and saved a new L5K file which I imported into the Proface program.

I then downloaded the HMI program with no issue. I tested the HMI button to make sure that the bit was changing in the PLC program and it was. I then added a rung of logic with only an AOI instruction the equipment vendor made called “Toggle”, identical to the other HMI buttons used in the program.

I hit the “Finalize All Edits in Program” as I always do, and this is when the problems started. I could not assemble edits as the were 3 program warnings and 38 programming errors. The errors were on 2 rungs of logic in a different routine, part of a different program, but in the same task I made the edits in. Here is what the rungs looked like:

The rungs were not in edit mode, they were green. I opened a back-up of the program and found the 2 rungs this happened to are used for Robot Commands (direct outputs to the robot) that were still functioning properly in the processor as the operation of the dial continued.

At this point I am a little nervous, I have a proper back-up of the file that was in the machine but downloading is the last option as there are 12 servo motors on the machine and I have had issues with losing the home position on the motors after downloading (completely different topic, maybe for a follow up article) also, I am currently in operation. I opened a back-up file to see what the rungs looked like on the back-up, here is a pic of the same rung as it should have looked:

As you can see every instruction in the rung is still there but has been changed to an unknown instruction except for TEST_01 XIC. This is important to note as both of the corrupt rungs had instructions using this TEST_01 bit which must have been put in by the equipment manufacturer during commissioning, I will explain more on the relevance of this later on.

How I fixed the immediate issue…

I did some research to try and figure out what caused this and found there is a lot of info and advise on chat sites that I do not trust, here are my opinions and advice if you come across this issue.

If this happens to you, good luck. I hope these this article helps you out, please leave comments, I will do my best to respond.